A momentous event took place yesterday, one that’s been a long time coming and that’s been greatly anticipated by all interested parties, every one of whom had their own opinion of how things would turn out, with most being optimistic of a good result.

No, I’m not talking about the England v Scotland game at Wembley, but Heather’s first day of school. Actual school. How did we get here so fast?

I actually had the chance to go down to London for the football, but didn’t take it once I realised the horrendous date clash. There will be other games against the Auld Enemy (hopefully sooner than the 14 years we waited since the last one) but Heather will only ever get one first day at school, and there was no way I was missing out on it. How could I?

Naturally we took a bunch of photos of the new schoolgirl in her new uniform, and I’m pleased to report that Heather even posed nicely for some of them. Some of them. One of my favourites is one where she’s holding up a sign saying what she wants to do when she grows up. Gem got that idea from Pinterest, and it’s a cracker – the idea being, of course, to do the same thing every year. Heather’s chosen career path, owning and running a toy shop, shows a certain entrepreneurial flair, and is definitely more sensible than my ambitions at a similar age (circus clown, if you must know).

After photos, we walked along to the school, where the playground was heaving with all the other new starts and their families. Heather spotted her friends from nursery and was off like a shot, sharing hugs and catching up on the summer. Not wanting to miss anything, Megan climbed out of the pushchair and ran off to join her, although it wasn’t long before she headed off to the other end of the playground, to play with some of the boys. I need to watch that one…

Once we got inside the school it was all a bit chaotic. The corridors are nowhere near wide enough for the volume of people who were there, and it was made clear that the kids were to be left as soon as possible. I never even got inside the classroom, staying in the corridor with Megan to keep out of the way. And… well, that was that!

We headed home one down, killed an hour or so, then went back to collect her. This time we got to spend some time in the class, which was good, not least because it’s very different to the classrooms Gem and I remember. One of the things I remember vividly from my own first day (aside from the boy who cried and wanted to go home) was having my name taped to the top of my desk, and thinking the boy next to me was called LAN. How was I to know that a “l” and an “I” might look the same, but are quite different things, and his name was actually Ian?

I’m not even sure there are desks for every child in the class (there are 35 of them! And two teachers!) but with activity stations dotted round the class and even a PC in the corner I’m sure finding somewhere to sit/play/learn will never be a struggle.

After that we headed off to Pizza Hut for a celebratory lunch (Heather’s call) and that was that. Day one over. Being me, I did some rough calculations, and worked out that there are roughly 2,500 school days before Heather leaves. So that’s one down, 2,499 to go!

It will be interesting to see how Megan adjusts over the next few weeks, without her partner-in-crime by her side. I guess this first couple of weeks will be similar to when Heather was at nursery, but when she full days start in a couple of weeks it’s a whole new ballgame. I think it will be good for her though, and will give her more space to be herself instead of copying everything her sister does.

And of course, it’s a big change for Gem as well – moreso than for me, because I’ve always been used to Heather being away from me all day, every day during the week. She’ll cope though, and getting to spend more time with just Megan will be nice too.

Last night, watching the football (which I don’t regret missing, and that’s nothing to do with the result) I realised something else – if it takes another fourteen years to stage a game between the two oldest footballing nations in the world, Heather will have left school before the next one.

Which was possibly the most frightening thing I heard/saw/thought all day! 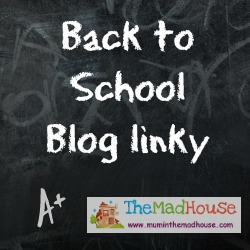 We visited Gem’s mum in Welby over Easter, then had the rest of last week off work. Apparently that meant taking time off posting daily photos as well, because I had to do a mammoth catch up today. Fortunately I didn’t stop taking pictures, so my photo a day project lives on. And there are some great snaps in this batch…

81. Hampden roar
The night Scotland became the first European nation officially out of contention for a 2014 World Cup place. Yes, even San Marino, Lichtenstein and Luxembourg lasted longer than us. Euro 2016 it is then…

82. Butterfly
Heather loves getting her face painted, and she loved this butterfly she got at a church coffee morning. I’m not so sure about the orange lips, but she liked them too.

83. Gaslight Anthem
We rounded off a busy weekend with our second gig of the year, the Gaslight Anthem at a jam packed O2 Academy, and a great show it was too.

84. Shoes
After giving our shoes a long overdue polish I thought I should capture the moment for posterity.

85. 28,000 feet sunset
A working day in Birmingham meant I got to see the sun set from high above the clouds, which always looks spectacular.

86. Bubble wrap
Who doesn’t like popping bubble wrap? Certainly not our two girls!

87. Easter bonnets
Heather needed an Easter Bonnet for her last day at nursery, which meant Megan had to have one too! Don’t they look pretty?

88. Heathers
I couldn’t resist snapping this. If the plants had been a bit healthier looking I might even have picked some up.

89. Driving
A pit stop en route to Nana’s house. Megan decided the best way to relax after sitting in the car for a few hours is by, um, sitting in a car. I’ll never understand toddler logic…

90. Chocolate lolly
An Easter treat from our favourite new landlady, Sarah at the Crown and Anchor in Welby.